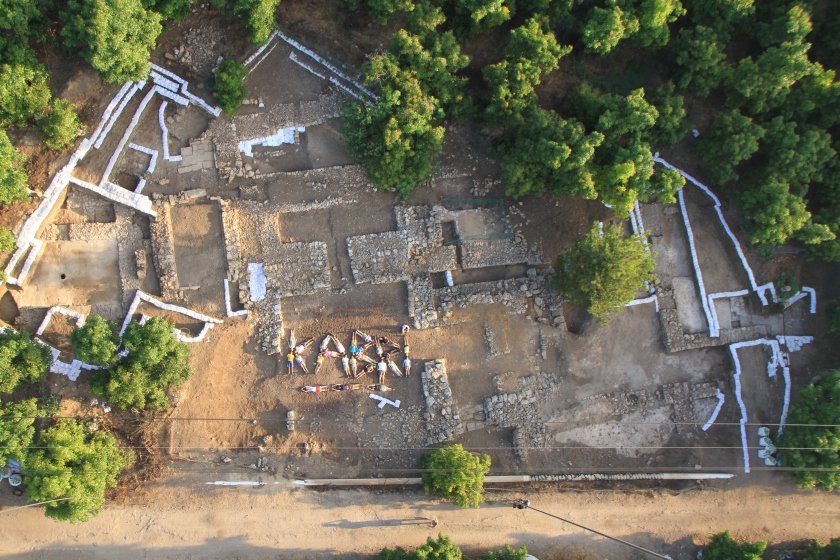 Come dig with us at Tel Kabri during the summer of 2019! Help  excavate a Canaanite palace more than 3,500 years old, with the oldest and largest wine cellar from the ancient Near East, and decorated with Minoan-style floor and wall paintings — which may be the earliest-known Western art yet found in the Eastern Mediterranean!

Located in a quiet rural setting within the western Galilee of Israel, the site of Tel Kabri is only a ten minute ride from the modern resort town of Nahariya, and a bit further from historical Acco, with its Medieval and Ottoman old city, fishing harbor, and traditional market. Today the Tel and its surroundings are an agricultural land, with lush plantations of bananas and avocados overlying the ancient remains.

Kabri represents one of the only possible opportunities available today in the Eastern Mediterranean to easily excavate a Middle Bronze Age Canaanite palace and to test some of the anthropological theories about the rise of archaic states and the nature of various political economies in the Aegean and the Near East. The ready-available palace and settlement, with minimal overburden and with  limited previous excavations, allows us to use modern methods such as residue analysis, petrographic analysis, detailed zooarchaeological study, neutron activation analysis, stable isotope analysis, and petrography to gain insights into some of the most important topics relevant to the understanding of complex human societies.

During excavations conducted at the site from 1986-1993 by the late Professor Aharon Kempinski and Professor Wolf-Dietrich Niemeier, a floor and wall frescoes painted in an Aegean manner—probably by Cycladic or Minoan artists—were discovered within a building that they identified as a palace.

Our preliminary excavations in 2005 indicated that the palace, which dates to the Middle Bronze (MB) IIB period during the early second millennium BCE, is at least twice as large as previously thought, with much still remaining to be excavated.

During the 2008 season of excavations we were able to retrieve data from the entire history of the MB palace, from a pre-palatial period through to final destruction. We also found approximately 45 more fragments of wall plaster, at least some of which appear to be painted, and additional evidence for red paint on one of the plaster floors in the palace. 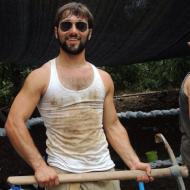 Our 2009 season saw the continued excavation of the palace, with the goal of investigating its life cycle, from humble beginnings to its destruction three centuries later. We were successful in doing so, and in the process found approximately 100 additional pieces of wall and floor plaster, including 60 which were painted.

Our 2011 season yielded more painted fresco fragments and a large building adjacent to the palace, perhaps a temple. In this building, the rooms were lined with carved orthostat blocks still in place, so we are calling it the “Orthostat Building.”

And, in 2013-2017, we found the oldest and largest wine cellar in the ancient Near East, in the storage rooms of the palace:

During the 2019 season, we will most likely be searching for the heart of the palace, as well as continuing work in the courtyard next to the wine storage rooms.